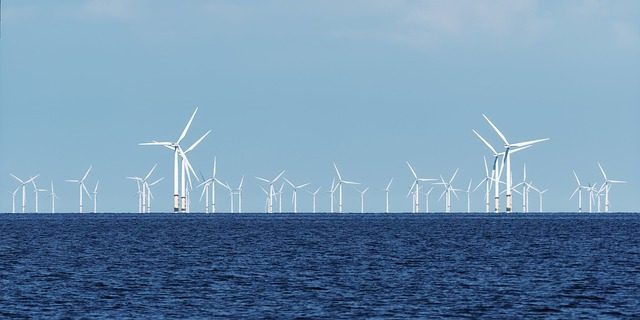 The UK Minister for Energy and Climate Graham Stuart has today (18 December) signed a landmark agreement on renewable energy cooperation with EU and North Seas countries.

The MoU sets out the terms for future cooperation between the UK and NSEC and enables closer cooperation in the development of offshore renewable energy, including offshore grids in the North Seas.

The initiative is expected to support the UK’s ambitious targets to increase offshore wind fivefold to 50GW, and deliver 18GW of electricity interconnector capacity – up from 8.4 GW today – by 2030.

Minister of State for Energy and Climate, Graham Stuart, said:

I’m pleased to agree even greater energy cooperation with our North Seas neighbours, which will be vital in helping the UK meet it ambitious renewables target, including increasing offshore wind fivefold to 50GW by 2030.

The development of renewables in the North Seas is critical for accelerating our clean transition and boosting energy security for the UK and our European neighbours.

The UK currently sends and receives electricity through cables that link us with neighbours like France, Belgium and the Netherlands. The agreement bolsters the mission to facilitate further interconnection.

Analysis by National Grid Electricity System Operator shows that a well-integrated grid linked to offshore wind farms can deliver savings to consumers of up to around £3 billion.

The former Prime Minister Liz Truss set the ground for the MoU at the European Political Community summit in Prague in October, setting out the strong case for close cooperation with the UK’s European neighbours on energy security and boosting renewables.