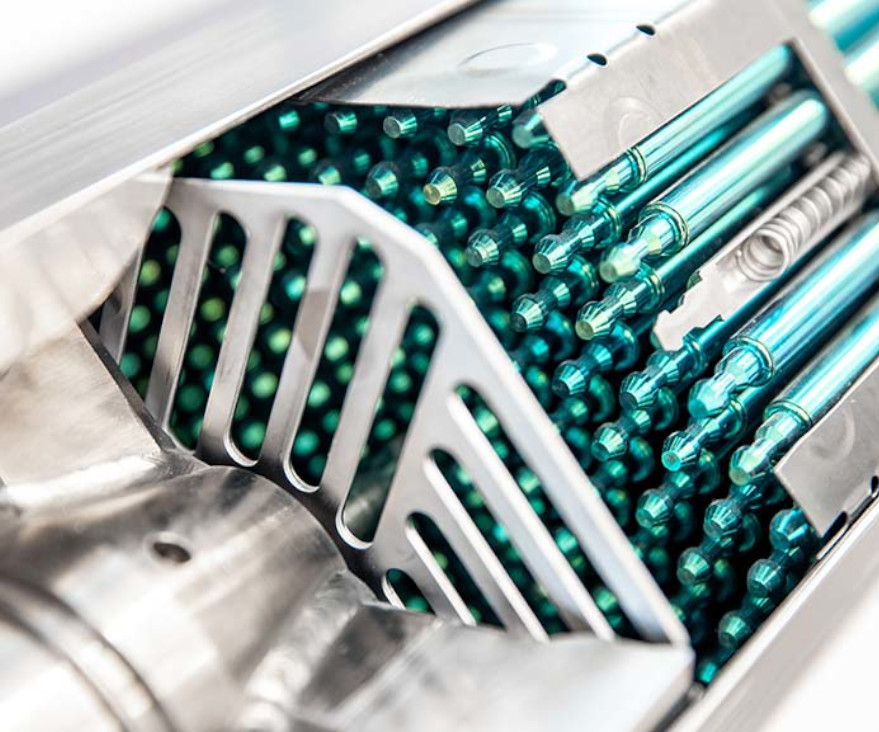 Today’s funding includes £77 million to bolster nuclear fuel production and support the development of the next generation of advanced nuclear reactors, along with £25 million for technologies that can produce hydrogen from sustainable biomass and waste, while removing carbon dioxide from the atmosphere.

The government is today committing to new and innovative nuclear energy with the announcement of funding worth up to £60 million to kick start the next phase of research into the new cutting-edge high temperature gas reactor (HTGR), a type of advanced modular reactor (AMR), which could be up and running by the early 2030s. The funding, from the Advanced Modular Reactor R&D programme, aims to get a demonstration project of the engineering design up and running by the end of the decade.

HTGRs are typically smaller than conventional nuclear power stations, more flexible, and could be built at a fraction of a cost. It is hoped that as well as safely creating electricity to power homes, HTGRs will bolster the UK’s energy sovereignty and security, by reducing reliance on expensive fossil fuels, as well as generate by-products such as low-carbon hydrogen.  By generating temperatures of up to 950 degrees, HTGRs provide a source of clean, high temperature heat that could help decarbonise industrial processes in the UK.

Today’s funding for HTGR innovation is supported with a further £4 million funding for the AMR Knowledge Capture Project, as a complementary project to the AMR Research, Development and Demonstration programme.  The project seeks to facilitate knowledge capture and sharing to reduce the time, risk, and cost of the programme delivery.

Also announced today is up to £13 million for nuclear fuel fabricators Westinghouse in Preston, which has strategic importance to producing fuel for the current UK advanced gas cooled reactor fleet. The funding will mean the UK has the option of being less reliant on imports from abroad and helps the company develop the capability convert both reprocessed uranium and freshly mined uranium to make new fuel. This is a significant investment at the Westinghouse Springfields site in Lancashire safeguarding hundreds of highly skilled jobs in the northwest.

As well as bolstering UK energy security, ministers hope it will also deliver export opportunities for the sector and position the UK as a key international supplier of nuclear fuel and fuel cycle services.

The news comes a fortnight after ministers announced the further revitalisation of the UK nuclear industry, by confirming the first state backing of a nuclear project in over 30 years, with an historic £700 million stake in Sizewell C in Suffolk. The power station will produce enough electricity to power the equivalent of 6 million homes for over 50 years.

This funding package will strengthen our energy security, by ensuring we have a safe and secure supply of domestic nuclear fuel services – while also creating more UK jobs and export opportunities.

Set to become a super-fuel of the future, accelerating the use of hydrogen will be key to the UK’s greener energy future, alongside the government’s work to deploy renewables and nuclear to strengthen the UK’s energy security.

To support this, the government has committed £25 million to accelerate the deployment of hydrogen from bioenergy with carbon capture and storage (BECCS) – a unique ‘negative emission’ technology that can permanently remove CO2 from the atmosphere. Biomass absorbs CO2 during growth which is then captured and permanently stored during the hydrogen generation process.

Hydrogen BECCS technologies will have a key role to play on the UK’s path to net zero emissions, providing hydrogen as a clean fuel for hard-to-decarbonise sectors such as transport and heavy industry. Today’s funding will go directly towards progressing BECCS projects from the design stage to demonstration, supporting the technology to eventually become integrated as part of our everyday energy system.

With its potential to go one step further than net zero, and be carbon negative – removing greenhouse gas emissions from the atmosphere – this hydrogen technology will be crucial to achieving our climate goals.

Our £25 million government funding to develop this technology will help unlock private investment and generate new green jobs – all while cutting carbon emissions.

This programme forms one of many steps the government is taking to develop a thriving low-carbon hydrogen sector as part of the UK’s green industrial revolution.

Also announced today are proposals to set higher efficiency standards for new gas boilers, which could help households save on energy bills by cutting their use of expensive fossil fuels. Improving boiler efficiency will cut carbon emissions on the way to phasing out new and replacement natural-gas-only boilers from 2035. The proposal estimates 21 million tonnes of CO2 can be saved by 2050, the equivalent of taking nearly 9 million cars off the road for a year.

In a further move towards making household heating more efficient, the government is also consulting on a proposal for all new domestic-scale gas boilers sold from 2026 to be capable of being powered by hydrogen, to prepare for any potential future transition to the use of low-carbon hydrogen for heating.

Also published today is the ‘UK Hydrogen Strategy update to the market: December 2022’, summarising the government’s action to advance the hydrogen economy since the last update this summer. Activity undertaken by government in the last few months includes:

These documents strengthen the policy and regulatory landscape for the UK’s hydrogen sector, to provide further certainty for investors and industry alike.

There is a strong global appetite for diversified and secure sources of supply of fuel and services and the UK’s nuclear excellence and experience, particularly at Springfields, offer utilities an attractive option.

We are delighted the UK government recognises the role of Springfields, and its workforce, as a strategic asset that supports a clean and secure energy future.

It’s good to see the next stage of implementation of the Hydrogen Strategy, particularly the consultation on the proposal to make new gas boilers hydrogen-ready. To maintain market confidence and investment, industry needs the Government to keep up the momentum, particularly on decisions to create demand for hydrogen and progress the hydrogen business models.

Mandating hydrogen-ready boilers is an important step towards decarbonising homes. The government are absolutely right to support this no-regrets option. Boiler manufacturers have already made their ‘price promise’ so that a new hydrogen-ready boiler will cost the same as a natural gas appliance. So this means 1.7 million homes a year will be ready for net zero at no extra cost to the consumer, helping us hit our 2050 target.