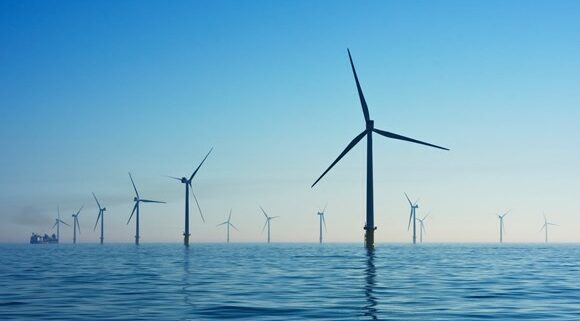 ‘A System For All Seasons’ analyses Britain’s electricity generation and consumption trends, concluding that the country’s wind and solar farms will have enough spare electricity generated in spring and summer, when demand is lower, to produce green hydrogen to the equivalent capacity of 25 Hinkley Point C nuclear power plants.

The hydrogen stored would provide the same amount of energy needed for every person in the UK to charge a Tesla Model S electric vehicle more than 21 times, in the autumn and winter months when energy demand is highest, creating a clean energy buffer that avoids having to manage limited energy supplies on the international markets.

Crucially, the research finds that the UK has enough capacity to store the hydrogen in a combination of salt caverns and disused oil and gas fields in the North Sea, as well other locations, to meet this demand.

The research also finds that using renewable hydrogen will help reduce the total number of wind farms needed in 2050 by more than 75%, because it will ensure electricity generated by Britain’s wind farms is used as efficiently as possible, by avoiding surplus electricity going to waste.

‘A System For All Seasons’ finds that:

“This research shows how green hydrogen can provide a clean energy bumper that can protect us from fluctuations on the international energy markets, 24 hours a day, 365 days a year – whatever the weather, come rain or sunshine.

“It will also allow us to get the most out of the energy infrastructure that is at the forefront of our renewable revolution, whilst ensuring that we have a net zero energy system that is truly a System For All Seasons.”