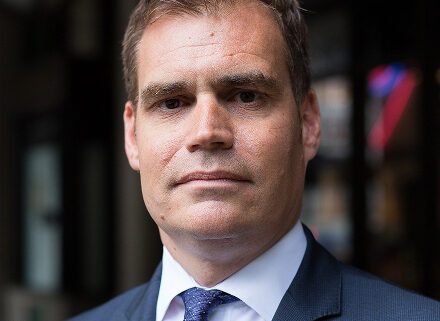 Opinion | By Tom Greatrex, CEO, Nuclear Industry Association > Net zero needs nuclear because nuclear is green, and we need lots of green. According to the UN, nuclear has the lowest lifecycle carbon use, from mining through decommissioning, of any electricity source, lower even than wind and solar. People are often surprised at how well nuclear does, but the key is the might of nuclear energy. One nuclear fuel pellet, the size of your thumbnail, could power an electric car for 20,000 miles.

That efficiency also means that nuclear requires the least mining, and uses the least land, of any clean energy source. Nuclear minimises the collateral impacts of energy development and maximises the space that can be retained for nature. Again, that often comes as a surprise, but the whole UK nuclear fleet, to take one example, can power 12 million homes from less than one square mile.

Since nuclear is a green energy source, it must play a central role in reaching net zero. At the moment, more than 80% of our energy in the UK comes from fossil fuels. Replacing all of that with green alternatives requires us to deploy an extra 10 gigawatts of clean energy capacity each year for nearly three decades. To put that in perspective, Hinkley Point C, the largest single clean energy project in British history, is 3.2 GW. We have to build the equivalent of three Hinkley Point Cs each year, to reach our goal. The only way to do that is to do everything.

In this emergency, we should also be sure to build a green system that works as a coherent whole, rather than just a set of green technologies that we throw at the wall. Nuclear remains our only source of low-carbon electricity that is available whatever the weather, the time of day, or time of year. It provides an essential complement to variable wind and solar output to keep our lights on and backbone of stability for the system. In fact, it has saved more carbon than any other energy source in UK history.

However, five of our six remaining stations will retire by 2028, leaving a huge gap in our clean power supply. At the same time, the country is facing an energy security and energy bills crisis that demands action on all clean energy, but particularly on nuclear. The Government should immediately classify nuclear as green in its sustainable investment taxonomy. By 2024, we need to have Sizewell C approved and underway, another large-scale nuclear project approved, and orders for at least 10 Rolls Royce SMRs on the books. The Government should free up land for nuclear development and providing further funding for the critical early stages of new nuclear projects. Lastly, the Government should plan to deploy fleets of large and small scale reactors to 2050, to guarantee that we can save our planet, keep the lights on, and provide opportunity to the next generation. This is not a moment we can lose.