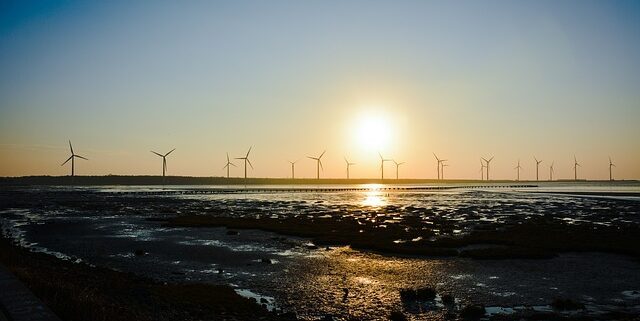 Opinion | Toby Uppington, Senior Vice President – Energy, AECOM > Transitioning to a truly net-zero energy system is a hugely complex task. A systems-based approach is essential — requiring an interlinked appraisal of infrastructure and how it interfaces with and uses energy, while also considering the ways in which energy is generated, transferred and utilised.

As part of the global push to decarbonise, policy makers and the private sector are ramping up the electrification of infrastructure and the adoption of alternative fuelling solutions to replace traditional carbon-based sources. This is driving demand for renewable forms of energy, and with it the increasing need to both develop suitable alternative power infrastructure and repurpose how energy is used within the built environment and by transportation systems.

To incentivise the transition to a lower-carbon world, targets have been set to reduce the net emissions associated with both the generation and use of energy. With the scale and urgency of the climate crisis becoming ever more apparent, there is growing pressure around these targets as the United Nations climate change summit, COP26, seeks to bring us on course to limit global warming in line with the Paris Agreement.

To meet these targets, we need a holistic appraisal of how energy is generated, transferred, and utilised across all forms of infrastructure. At industry and government level, the energy transition is causing significant upheaval; the impacts of these systemic disruptions in terms of cost, timing and, potentially, social acceptance, require collaborative action from both public and private-sector infrastructure owners and operators.

Governments and civil societies must also align on how to manage change acceptably. It is crucial to address such issues and bring all stakeholders on board; a successful energy transition will only be achieved if public and private sectors, governments, and communities work together toward a common goal.

Much of the world’s existing energy arrangement has been designed around discrete power plants feeding a grid distribution system configured according to the location of urban and industrial centres.

In a renewables-rich world, energy is generated where the sun shines or the wind blows, and these are rarely in the same locations as power plants might once have been, nor in the areas of highest demand. What that means for the grid is that it’s much more diffuse, distributed, and interconnected — quite different from the current set-up, particularly in mature economies.

For renewable energy, it’s not just generation that matters; it’s how that power can be connected to the grid in the right way. On the east coast of the UK, our team at AECOM is working with energy supplier SSE to resolve some of the issues involved in bringing offshore wind power onshore. In the case of offshore wind or wave power, for example, subsea connections must be designed and built to ensure that energy can be brought onshore and fed into the system efficiently. That requires assessment of additional risks and logistics, and grid reinforcement may be needed in areas that have not historically experienced such a significant flow of power.

As the energy network becomes ever more electrified, the old networks of tankers, pipelines and heavy rail are replaced by wires and transformers, enabling the instantaneous trading of green energy as a commodity. All of this is forcing a major reconfiguration — particularly of transmission lines, but also of new interconnector cables between countries such as the transnational interconnector between Iceland and the UK which enables the supply of renewable geothermal energy on which AECOM acted as the owner’s engineer to ensure safe, compliant cost-effective delivery.

One of the challenges these new grid connections have to contend with is the aging infrastructure that forms the existing system, leading to the need to replace, upgrade and maintain the network. Working out where and how to place these connections, while minimising environmental and social impacts, sustainably and affordably, is another big piece of the puzzle.

In the south-west of Scotland, AECOM is working with Scottish Power and the National Grid to design and permit new routing solutions for a suite of major new high-voltage interconnectors across the region.

Our work is enabling the modernisation of a network of aging and disparate power systems both above and below ground, and includes the integration of renewable supplies to provide decarbonised energy to millions of customers.

Infrastructure needs to be repurposed at the consumer end, too. For example, sales of electric vehicles grew by more than 40 per cent in 2020, yet there are considerable issues around charging to be addressed, particularly in cities where few users are able to house their own charging points. The local grid also needs to be able to cope with the increased demand arising from the volume of new EV connections. To mitigate this risk, we at AECOM are working with JOLT, a new entrant charge point operator with an innovative technological solution inclusive of battery storage that both reduces the demand on the grid and can also support smart grid technologies providing power back to the grid at periods of peak demand.

The traditional energy system has evolved to meet demand at any given time by flexing supply accordingly. Carbon-based power generation is scaled up or down by burning more or less coal or gas. Renewable energy sources, however, are intermittent in nature and so do not typically allow for such operator control. The supply and demand equation can however be inverted, so that power is generated when the supply is abundant and stored for later use as demand occurs. While this is not a new idea, technology is now enabling such a transition at scale in an integrated manner with renewable generation.

One traditional example is pumped storage hydroelectricity (PSH), which can overcome the intermittency of many renewable sources by powering water pumps during periods of excess energy supply to fill reservoirs. When the sun stops shining or wind stops blowing, water is released to power electricity turbines and substations lower down, ensuring a stable, dependable flow of energy.

PSH also provides a range of other services that are valuable to the grid, including voltage regulation. Because of the historic lack of energy surplus, PSH has been largely under-deployed in Ireland and the UK, but with the pivot to major renewable generation capacity, AECOM is assisting in the development of three new schemes in Scotland, including one on the shores of Loch Ness.

A whole range of other energy storage solutions are coming to market, with exponential improvements in battery storage technologies. There are innovations, too, in alternative fuel storage media such as ammonia, which can be produced during times of peak generation and then stabilised as a source of energy for on-demand future use and transportation. New techniques are emerging to convert ammonia into clean hydrogen, at scale, ready for use in fuel cells for transportation solutions.

On the demand side, technology and systems analysis can help people to reduce and control usage, tackling the energy challenge from all angles. AECOM is a co-author of CP1, the Heat Networks Code of Practice for the UK, and is part of the consortium acting as delivery partner for the UK government’s £320m Heat Networks Investment Project (HNIP). We design sustainable hybrid site-wide district heating networks that generate and distribute low-carbon heat to campuses and communities. Improvements in building sustainability and industrial energy efficiency are similarly reducing the burden on the system.

Sequential solutions for a successful transition

Reconfiguring the grid and rethinking how we match supply and demand involves a holistic view of the inter-relationship between how energy is sourced, transferred, and utilised. Recognising that it will be impossible to switch instantaneously to a zero-carbon world, we must also craft interim solutions to take us sequentially toward a net-zero future.

Carbon capture and storage technologies are a perfect example of such a sequential solution. Emissions from gas-fired power stations and industrial sources can be collected and treated, with carbon dioxide being sequestered underground, enabling the continuity of power generation and manufacture of materials such as steel, glass and cement. These technologies are already being diversified to capture carbon from the industrial production of ‘blue’ hydrogen — which itself is now entering the supply chain as an alternative to hydrocarbon fuels.

The development of hydrogen as an alternative fuel is in turn creating a market for its production from renewable sources like electrolysis, rather than from fossil fuels. Over time, this ‘green’ hydrogen could eventually replace the natural gas used by gas-fired power stations. Right across this transition, the end user sees no appreciable difference in their supply of electricity within their home, while the carbon in the system is at first captured and ultimately removed altogether from the system.

AECOM is enabling Net Zero Teesside, a carbon capture, utilisation and storage (CCUS) scheme in the north-east of England, led by BP alongside four other major international energy firms, providing an integrated solution for a network to capture carbon emissions from power generation and industrial sources. Our team is facilitating this milestone project from its foundations, from preparing environmental and technical assessments to designing and delivering the ground investigation using a variety of advanced techniques. In Scotland, we are managing consent applications and engineering concept design for the carbon capture and storage project at Peterhead Power Station, the country’s biggest carbon emitter. Our experience on both has demonstrated the potential of carbon capture, a technology the UK’s Climate Change Committee has described as critical to the drive to net zero.

All of this shows that when we think of the energy transition, it is not as simple as flicking a switch. But the tools and methodologies are there to help a phased transition and to manage the complexities involved.

New technologies are becoming available that help store, transport or recover energy, transforming how infrastructure systems are designed, built and operated. Such technical solutions, alongside other considerations such as policies, environmental effects and stakeholder engagement, are essential — enabling infrastructure to be developed in a holistic manner to achieve the desired outcome of a net-zero future.

This article originally appeared in the special COP26 edition of The Future of Infrastructure, AECOM’s flagship thought leadership report.